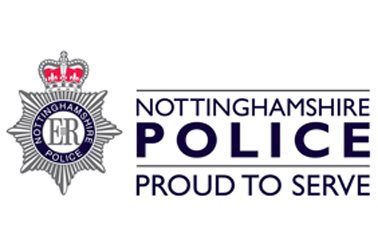 Victims of stalking are being urged to contact the police for help and advice at the earliest opportunity.

The plea comes at the start of National Stalking Awareness Week, seven days of events and activities to raise awareness of the issue.

Nottinghamshire Police takes a very proactive approach to stalking and in the last year bought charges against nearly 40 per cent of the people is arrested in relation to stalking offences. It also employs specialist staff to safeguard victims and ensure that as many cases as possible are resolved and detected.

Stalking offences are defined by a pattern of fixated, obsessive, unwanted and repeated behaviours aimed at a specific individual or individuals – in person or through remote means such as social media.

Victims may be followed or spied upon, and may also receive large amounts of unwanted correspondence or gifts.

Not all victims, however, feel comfortable about approaching the police for help – something the force is working to change.

Kate Reece, a specialist safeguarding and stalking officer with Nottinghamshire Police, assists in supporting victims of stalking throughout their interactions with the police. She is responsible for proactively reviewing crimes such as domestic assaults where stalking may be a factor.

She said: “Stalking offences can have a very significant and long lasting impact on people’s lives. Every time they get an alert on their phone or a knock on their door they are nervous that things are going to start all over again and sometimes feel they have no other option than to upend their lives and move to a completely different area.

“Our job is to do whatever we can to support those victims and bring an end to the actions that are causing them so much alarm and distress.”

Sadly, however, many victims are reluctant to come forward – often through a mistaken belief that their concerns are not serious enough to warrant police time. Others may fear that going the police may make things worse.

Kate added: “We understand that approaching the police for help and advice can be a very difficult step for people to take but it really is vital that they speak with us at the earliest opportunity as this gives us the greatest number of options to help. We have a lot of experience in this area and deal with all contacts sensitively and with discretion and are well used to supporting people in this situation.”

The ultimate goal of the force’s work is to safeguard victims, to prevent offences from happening and to take decisive action against perpetrators.

That work starts by gaining a thorough understanding of the type of stalking somebody is being subjected to and the motivation of the perpetrator.

Whilst all stalking offences are different, the people who commit them generally fit a specific profile. Some may be resentful and pursuing a grudge or grievance against the victim. Others may feel rejected after the breakup of a relationship and may still be trying to exert a level control over their victim. Others, meanwhile, may be seeking intimacy in ways that are inappropriate – sometimes as a result of mental health challenges or learning difficulties.

In the last year the force arrested 123 stalking suspects and brought a charge against 40 per cent of them – a very high conversion rate when compared to many other offences.

Detective Inspector Jo Elbourn, tactical stalking lead for Nottinghamshire Police, explained how those arrests and charges are part of a wider toolkit of measures used day-in-day-out by the force.

She explained: “I have been a police officer for nearly 20 years and in that time the way that police nationwide have dealt with offences of this kind has improved considerably. That’s partly because of a change in the law that makes it easier for us to target stalkers, and also the development of specialist public protection policing teams with specialist knowledge and experience of related offences like rape and domestic abuse.

“Ultimately my role as stalking lead is to protect victims from harm. The good news is there are many different ways we can do that. Broadly speaking we will always look to take positive action against people perpetrators. We always look to take decisive action that can be logged and documented for future use. Often that means arresting people and interviewing them under caution. Even if that does not lead to a charge it can be enough to bring an end to their stalking behaviour.

“We can also apply to the courts for Stalking Prevention orders, which will place legal limits on people’s behaviour and set very clear boundaries. Examples include bans on contacting people or going within a certain distance of their target. We currently have 13 of these in place and are applying for more.