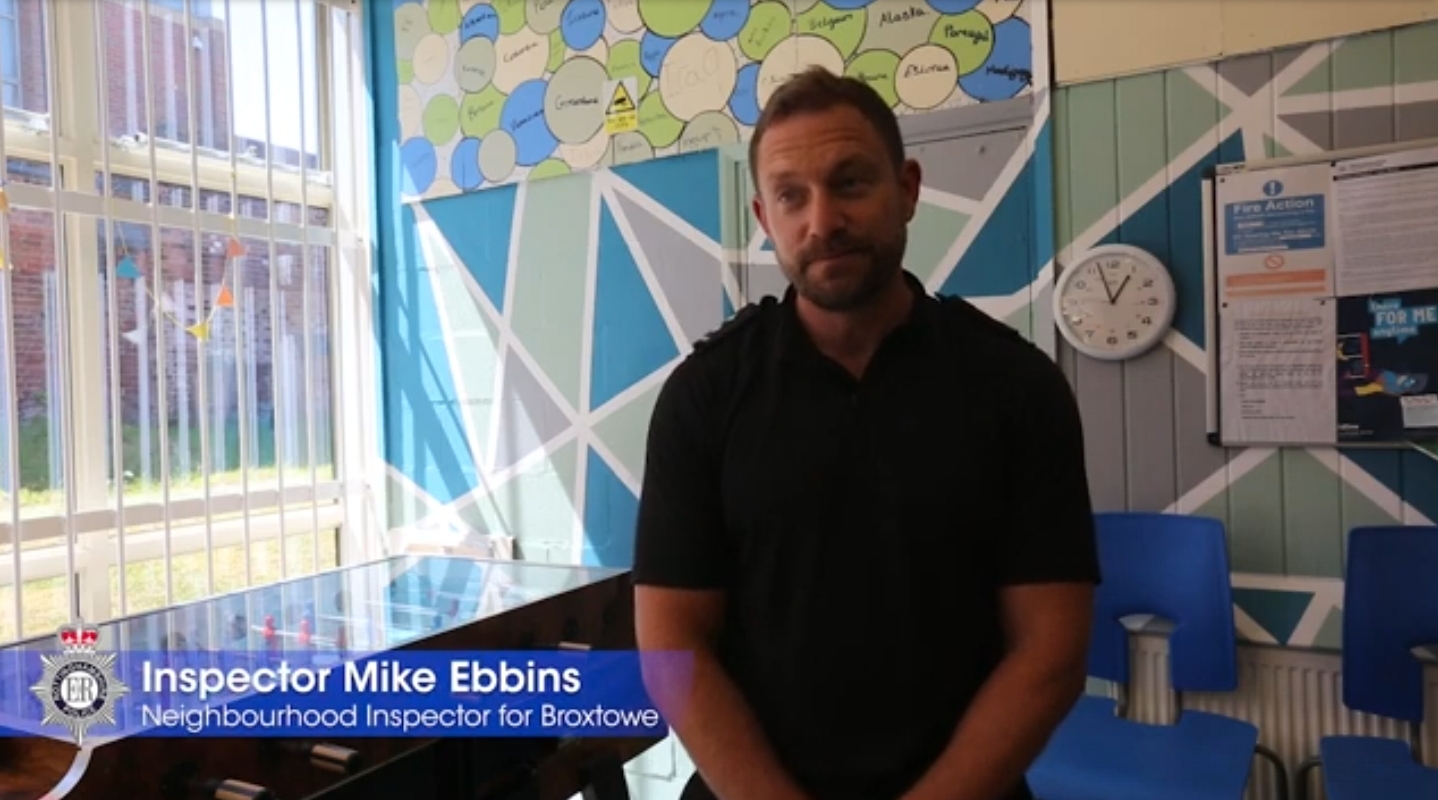 The work of youth centres has been praised for giving children a safe place to socialise as officers highlight the importance of tackling antisocial behaviour.

Antisocial behaviour can bring utter misery to communities but officers throughout Broxtowe are working hard with partners to tackle the issue.

Youth centres are just one way that police from across the district are interacting with youngsters to build relationships.

Building bridges with young people in the area remains a key priority for the force – to show the police are approachable and there to speak to if needed and are not just there to arrest people.

By working with partners including Nottinghamshire County Council and Broxtowe Borough Council, officers have been spending time going into the youth centres, engaging with children and teenagers, playing against them on games consoles and having conversations but also educating them on how to stay out of trouble and the importance of speaking to them should they ever need help.

Neighbourhood Inspector for Broxtowe Mike Ebbins, who has been spearheading the initiative, explained how important youth centres are to building relationships and giving children and teenagers a place to have fun.

“I can fully appreciate that police in uniform aren’t necessarily the people you would want to go speak to and confide in because of the role that we do but I’m very keen to change that,” he said.

“My officers are great at going out to the schools and they take a keen interest in presenting what we do and giving some key messages to the schools in addition to the youth centres in all the areas.

“Whenever our officers go the centres, they always engage well and get involved in some of the activities. It’s great to build that rapport at that stage rather than it being at a challenging stage later.

“Hence why I want my officers to be seen at youth centres and schools so that rapport is built at an early age and that’s something my teams are working very hard to do.

“So it’s actually okay to stop our officers and have conversations with them – we’re actually alright.

“Places like youth centres are massively important to us as it can’t be all enforcement and finger wagging. It has to be something which works and these are great places for the youngsters in the area to have something to do and somewhere to go and express themselves.”

Antisocial behaviour can be anything from:

It can also be defined as any behaviour that causes or is likely to cause harassment, alarm or distress to a person or household.

Thanks to the work of youth clubs and the joint partnership work taking place between Nottinghamshire Police and the Broxtowe Borough Council the force is making it a priority to engage with youngsters and clamp down on any issues.

Inspector Ebbins added: “I’m very aware when it comes to the topic of antisocial behaviour and talking about youngsters causing problems it’s always the minority of people.

“It’s key there are places like youth centres to come where young people have alternatives to hanging around on the street and they can come and feel safe and talk to their friends and also get something to eat and drink and have some good times.

“I’ve seen these centres in practice. They’re great spaces, very safe and where people can have some fun – I’ve certainly laughed when coming here and it’s certainly opened my eyes to what facilities are available to the youth of Broxtowe so I encourage anyone to get involved in that.”

Youth centres are based across multiple areas in Broxtowe making them easily accessible for people across the district.

Officers regularly attend Beeston, Eastwood, Kimberley and Stapleford centres which give the children the perfect place to interact with others and have a warm meal.

Broxtowe councillor Richard MacRae is a regular at the youth centres and fully understands the importance of listening to children and giving them a place to ‘be kids’.

He said: “Broxtowe has its fair share of antisocial behaviour but I would also like to say the majority of people are behaving and Broxtowe is always a great place to live and visit.

“Unfortunately, we do have small elements of antisocial behaviour that are getting into the areas but we are working to tackle those issues.


“I think it’s unfair when they say it’s kids all the time causing issues – it’s people of any age, there doesn’t have to be an age limit on it.

“The main thing is working as closely as possible with the police and other partner agencies all around the borough.

“Youth clubs are brilliant places, they are safe places and are so important because it’s somewhere to meet your friends, somewhere safe, somewhere to hang around and somewhere where your parents aren’t and gives the kids that safe space to do what kids do.