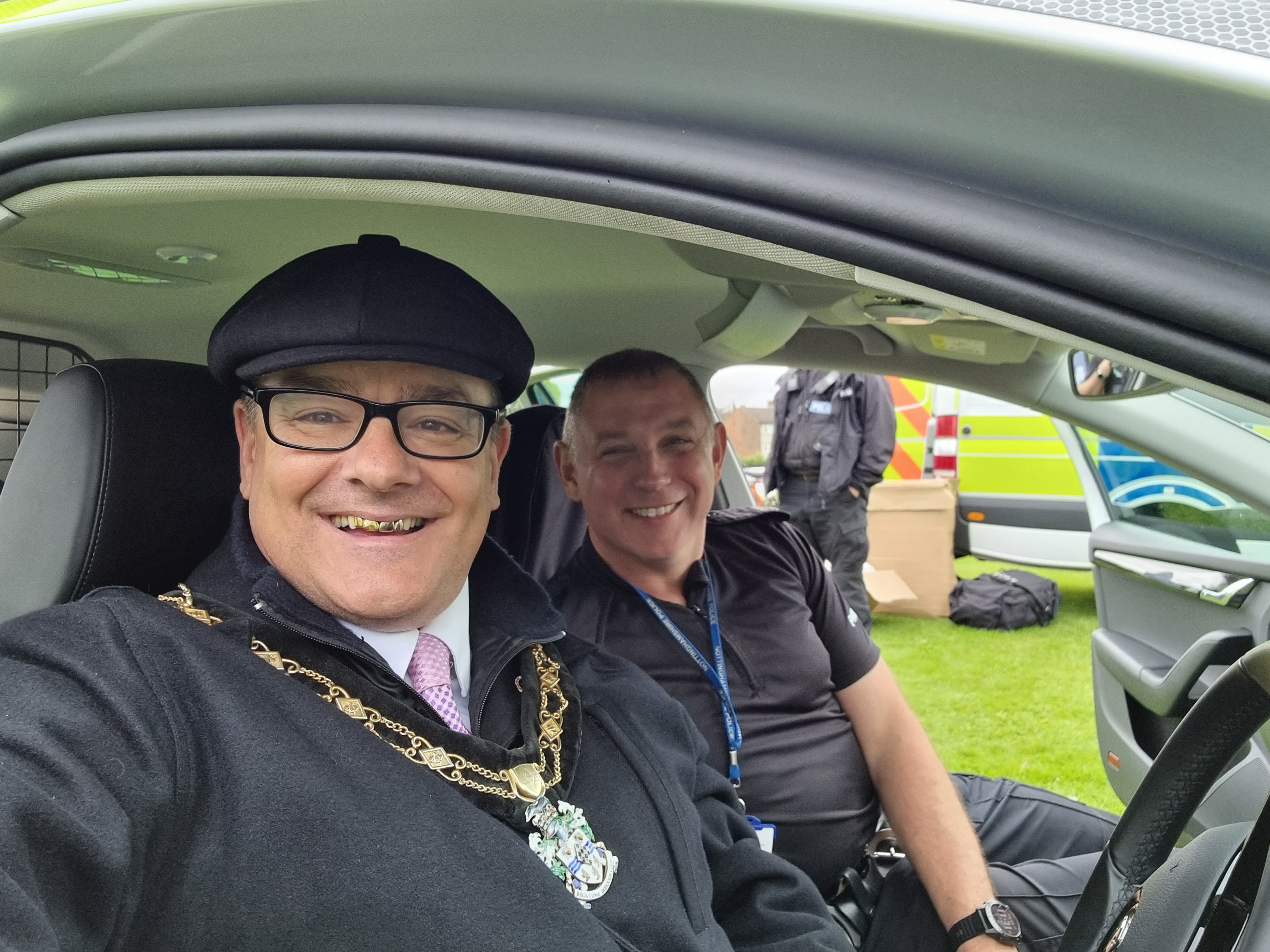 Yes that’s me, as the #MayorOfBroxtowe sat in the front on an Operation Reacher Police Car.

It was all part of the event I helped with on the Hickings Lane Recreation Ground earlier today.

Thanks to Chris Wilson from the Stapleford Combined Services Club and Stephen Richardson and Donna MacRae from Stapleford Community Group who organised the surplus food as part of the #StaplefordFoodProject as well as hot dogs and drinks which were available free for all who came along.

Thank you to Asda, Tesco Toton, Tesco Beeston, The Co-Op, Lidl and Aldi for the support with donations.

Thanks to Romel Davis who organised the event which was a massive success and all credit goes to him.

As well as getting to sit in the front of a Police Car I also enjoyed the Police Drones.

Thank you to all involved including Stapleford Youth Club who also supported the event.

Look out for upcoming details of the Police Cadets which will be a joint project between the Police and Fire Brigade which I will share once finalised.

I would also like to thank the Police and Crime Commissioner Caroline Henry who came along to support the event today.

A grateful day had by all and once again thanks to all who made it happen.

Also thank you to Broxtowe Borough Council and Stapleford Town Football Club for letting us use the Pavilion today.